The Tyranny of Small Emergencies 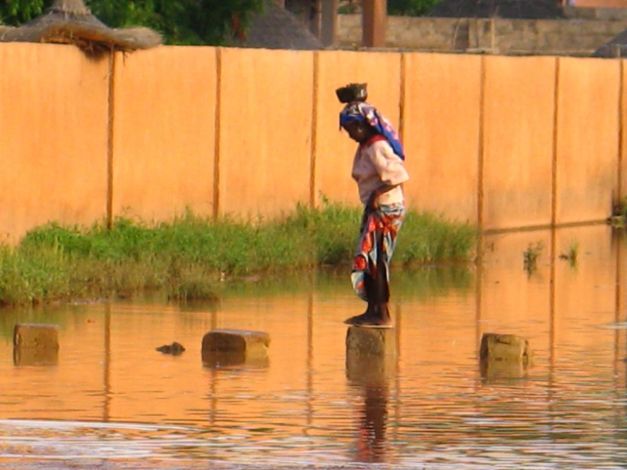 About once a fortnight I get a request for emergency funding from one of our field offices. These requests typically relate to events that affect between 50-100,000 people, with minimal deaths (less than 50), and are often either weather related (floods/droughts) or minor earthquakes. In the last week, there have been requests for support to people affected by Cyclone Laila in India, monsoonal flooding north of Colombo in Sri Lanka, and the flooding of a major river system in Somalia. And those are just the ones in my portfolio.

In fact, at any one time there are dozens of emergency responses going on. Right now, for example, we’ve got the follow-on from recent bigger emergencies, such as the earthquakes in Haiti, Chile and China; ongoing protracted responses to conflicts in places like Darfur, southern Sudan, Democratic Republic of Congo, northern Sri Lanka, Pakistan, Afghanistan, Gaza and the Caucasus region of southern Russia; food responses across the Horn of Africa, Western Africa and Southern Africa; emerging slow-onset emergencies such as the food emergency in Niger and the response to the harsh winter in Mongolia; and the long-term follow-up to disasters like Cyclone Nargis in Myanmar, the Sichuan Earthquake in China and the Padang Earthquake in Indonesia.

Three times a week our office produces a daily digest of current emergency-related issues relevant to our work as pulled from global media. This morning’s listed 17 different items, a pretty standard number. I also received our monthly early-warning brief for the Asia-Pacific region. There were more than 45 seperate issues listed as building concerns or events in the region.

In short, there’s a lot of emergency traffic going on. Never mind the two or three appeals you get through your letterbox each year. We all heard about the Haiti disaster. But there’s stacks more out there to which humanitarian agencies need to be aware of and, in many cases, want to respond to.

The challenge, though, is how best to do-so. We have limited financial, human and organizational capital to draw on. When big high-profile emergencies such as Haiti occur, we can raise lots of funds from governments and the general public, but it’s impossible to do-so on a weekly basis to respond to all the minor emergencies that come along. We face what’s called ‘donor fatigue’. Repeatedly asking people to give to emergencies taxes their goodwill and their limited financial resources, and ultimately runs the risk of turning them off to giving altogether. In the same way that aid workers often become desensitized to violence and tragedy due to overexposure, we risk numbing the hearts of the general public if we hound them every five minutes for yet another crisis. 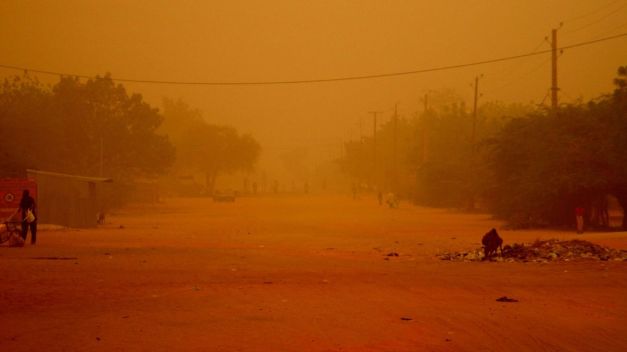 What to do then? Well, some agencies are able to raise what we term ‘non-designated’ funding, that is, pockets of money that is not tied to a specific location or emergency event, which we can contribute at our own discretion where most needed. But such funds are, sadly, hard to raise. Most people give because of specific triggers- such as a disaster they’ve seen on the news which they are moved to sympathy by. It’s much harder to encourage people to give ‘on principle’ and trust agencies to make the decision about where that money should be directed. That’s not a criticism, just a reflection on the reality of donorship. To some extent, agencies themselves bear the responsibility to educate the giving public to change these behaviours.

The practical reality is, no agency can respond to all the need out there, and disasters have to be ‘triaged’. We can respond to this one over here, but not that one over there. How do we decide who benefits from support and who is ignored? Ultimately, we need to be using the Humanitarian Imperative to guide this- that is, where are the greatest levels of need? Pragmatically, this is difficult (and costly) to measure empirically. It is more often, which implementing office can put forward a more compelling argument, and which offices have the capacity to do a better job with the money we give them? It can be hard to compare like with like across continents and across emergency types.

State capacity also plays a part here. Aid agencies aren’t lining up to help shrimp fishermen in the Gulf states of the US because, although they face a real economic need due to the human-made disaster of the BP oil spill, there are structures like insurance, recourses such as the court system, and a highly functional and wealthy government with a history and precedent of supporting its people when faced with difficulty (and sure, the US government might have its shortcomings, but when you compare it to the governments of Somalia, or Myanmar, they come out looking pretty good). NGOs mustn’t undermine a state’s sovereign responsibility to help its own people when in need. But where states don’t have the ability or the will to intervene, there is a higher onus on agencies to step in.

Finally, agencies employ long-term development programs with a risk reduction element. Communities living in areas where disasters are commonplace and cyclical (drough and flood cycles in sub-Saharan Africa, for example, or monsoonal storms in south Asia) are provided with tools and training to manage their own risk environment- that is, to identify the threats they face, and put in place measures to reduce those risks. Those might include growing more drought-resistant crops, or building raised cyclone shelters, or moving houses away from slopes prone to landslide, or creating village-level micro-insurance systems, or storing next season’s seed on raised platforms where seasonal flooding won’t ruin them. Anything to make communities more resilient to these regular disasters.

Risk reduction activities take time to implement, and longer to bring about behaviour change in at-risk communities. And, like I’ve mentioned above, we can’t be everywhere, nor can local-level activities mitigate against larger disasters. So our dilemma remains. Myriads of emergencies, and only limited resources. It’s a daily tension in my job. Who do we help, and who do we turn away?

Any thoughts on how to manage this situation from an organizational perspective are most welcome.

1. Maradi Flooding: A small girl uses stepping-stones to cross a flooded street in the central Nigerien city of Maradi.  Rainy season storms routinely flood streets and houses, and wash out roads and bridges, in Niger and across the Sahel, displacing hundreds of thousands of people a year in many small events.

2. Dust Storm, Niger: The same city, nine months later.  And nearly nine months has passed since the last rains.  Winds whipped up by cyclonic systems cause intense dust-storms that damage homes and crops.  Drought itself brings economic hardship and food insecurity to millions of households in pockets across Sub-Saharan Africa annually, and to many children, death.