Bureaucracy at its Best 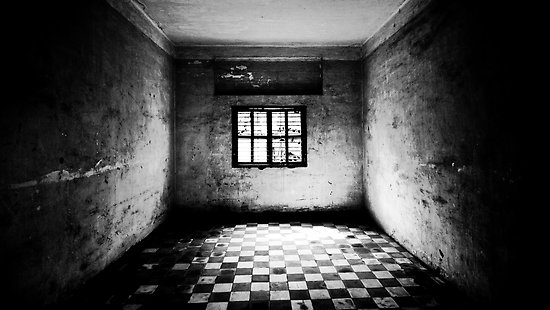 (I came across this piece that I wrote a couple of years back while working for a different organization to the one I am currently with. Something in the article must have tripped a self-preservation failsafe in my brain and I decided not to publish. However I feel like sharing it now, so here goes.

Incidentally, I do also have to say, to my former organization’s credit, that in the months after this post was written, steps were taken to simplify some of the processes mentioned below, one specific improvement from my perspective being the hiring of someone whose job it was to oversee that system- poor soul- and to whom I owe a great deal in Administration Karma.)

My Dad got an email the other day.  Former aid-worker turned UN professional, he now works as a consultant on international public health.  He’s been contracted by a large and well-known United Nations agency (which shall remain nameless to protect the innocent, but for the sake of this post shall be referred simply to as the United Nations Young-People-in-Distress Programme) to run a training course in a small mountainous Hindu kingdom in south Asia.  Because the course is to do with training public health workers, another large and well-known UN agency (which we shall refer to as the Global Physical-Well-Being Office) is also involved in the workshop.  My father, having been contracted by the UNYPiDP to do all the preparatory work for the seminar, spent the previous six days doing just that, and putting considerable effort into it.  So when the office emailed him that night informing him that in fact staff from the GPWBO had already done all of that work and that he would simply be required to provide a closing summary at the end of each day of the workshop, he was, as they say, miffed.

In fact, Dad was shocked.  He [obviously and quite rightly] felt as though he’d been treated very unprofessionally, and, given that he has a signed contract to back his position, plans to address the issue through official channels.

I, in my position working for another nameless international aid-sector organization, was sadly not shocked at all.  In fact, I could see such a thing happening quite easily in many of the international organizations I’ve come across.

The fact is, the tyranny of bureaucracy has seeped through international organizations like oil through the Gulf of Mexico.  For those on the outside, it leads to criticisms of organizational incompetency- examples on a micro-scale include my Dad’s story; on a far more sinister scale, the massacre at Srebrenica during the Yugoslav breakup similarly had roots (at least partially) in bureaucratic complexity and mismanagement (for possibly the best account of this history, read Dr. Sheri Fink’s fantastic War Hospital).  For those of us on the inside, it can be frustrating, disheartening, disillusioning.

There are good reasons for this bureaucracy- at least in principle.  Fears of mismanagement of donor funding, coupled with increased calls for transparency and financial accountability (and, ironically, organizational efficiency) all require systems to manage, observe and report back on organizational performance, all of which require administrative systems to govern them.  We have systems that govern our programming functions; systems that govern our financial operations; internal audit departments to oversee and check that we are being compliant to our systems; legal departments to ensure that we are compliant to larger legislative requirements; and external audit contractors, to ensure that our internal audit departments are indeed doing their job correctly.

I’m not making this up.  And any of you who work for (or have recently worked for) a reasonably-sized company in the Western world will probably be able to identify with this setup.  It’s an unavoidable side-effect of our increasingly risk-averse world.

And it’s tiresome.  It’s fiddly.  It can seem irrelevant (and frequently probably is).  And to someone whose idea of a good day in the office is bouncing around in a Land Cruiser between IDP camps, it’s a form of slow, soul-destroying torture.

Part of my current role involves ensuring that money that’s raised by our donors gets to specific emergency-related projects in the field.  We have our own internal accounting systems which govern these transfers and avoid my needing to have anything to do with banks.

Several years ago, my part in ensuring this transfer of money occurred involved reviewing the project, then sending an email to my direct supervisor stating the project name and identifying code, the amount of money to be sent, and the source from which the money was to be drawn.  My supervisor would then forward that mail to the accounting team with their approval.  Job done. 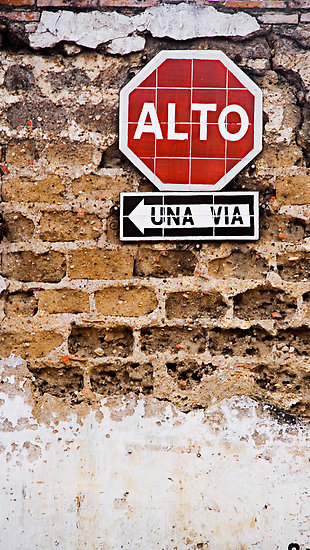 Today, the process is as follows.

1. The field designs a project and budget (in line with international standards such as Sphere, the Humanitarian Accountability Project, the Red Cross Code of Conduct, Do No Harm, and our organizational standards relating to the project management cycle) and sends this to me.

2. I review this project and budget, making suggestions or asking questions as appropriate and requesting a revised draft (if necessary) from the field.

3.  At the same time, I enter our project database and create a new entry for this project, including a brief summary, necessary budget information (including breakdown of direct and indirect costs), target sectors, target recipients, start and end dates, reporting schedules, and an internal project identification code (I also need to get an international project identification code, but I have to ask for this from the field; the field have to ask for this from our international office, and this can take anywhere from 72 hours onwards).

4. This should also trigger a request to have a new entry created on a separate documents database, which will then be created sometime over the next 24-72 hours (although I sometimes have to follow this up with an email).

5. Using the internal project identification code, I enter our email database and create a new folder, into which all emails relating to this project are now stored.

6. Once the documents database is updated, I then need to store the budget and proposal (in separate entries) together with pertinent information such as the documentation type, date received from the field, and any comments or expectations around a revised version.

7. The field sends a revised version back to me, and I save the revised documents into our documents database, and make any necessary changes to our project database.  If I change budget figures, the system will not let me save changes until I have written an explanation for why the figures have changed.

8. I can now request that the funds be authorized through the projects database, using a combination of two drop-down menus and a button to request authorization.

9. If the budget is below a certain threshold, this can go to my direct supervisor for approval.  If the budget is over that threshold, I have to create a special memo from a template saved within our system which is then sent to senior management for approval.  This memo consists of pertinent project data, a project summary, a justification for how this project fits within the strategic goals of the organization, and a recommendation (should this project be funded or not?  Duh…)

10. Assuming the project is approved by the appropriate level (where that level has checked a box on the project database), the ball is bounced back to me and I can then enter the approval date into the project database and click another button to request the actual transfer of funding.  This is the end of my responsibility, and something shoots off to our finance department telling them to transfer the money.  I have no idea how this works or what they do.  And quite frankly, I don’t want to.

If I haven’t completed certain steps (such as saving the documents on the documents database) the request won’t be processed.  If some information has been entered erroneously and needs to be changed, or if there are changes from the field, parts of the process need to be repeated.  Because the system is effectively ‘locked’- i.e. the database program will not allow you to request the funding transfer or request approval if other steps haven’t been satisfactorily completed- it is difficult and time-consuming to circumvent the steps.  Likewise, if your project or request doesn’t fit neatly within the parameters of what a ‘normal’ project should look like (the system is designed for long-term development projects, while most of mine are short, rapid emergency projects), then it generally involves a lot of running around and fiddling with things, with three or four people taking time out to manage the system until it fits.

Seriously, this kills me.

I do need to point out, for those currently recoiling in horror, that we can, when needs dictate, bypass this system.  Where we’ve just had a massive earthquake someplace and need to make the money available straight away, we can fast-track things, with permission from the top.  We wouldn’t let administrative systems compromise our ability to actually deliver life-saving assistance.  But to be honest, those situations are generally pretty rare, and most of the time I find myself having to trudge through this process every time I want to get money to my projects. 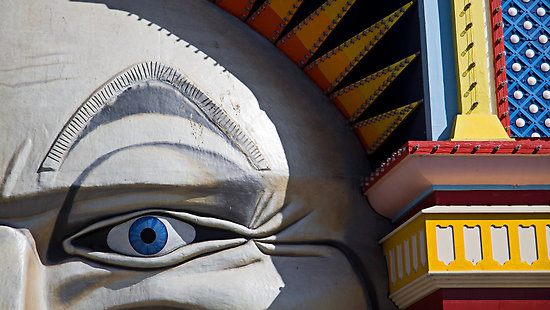 I do get- at least in principle- why we need to do this*.  Sort of.  Every stage of the process is observed, documented and accountable.  There’s no room for mismanagement of funds.  I can’t siphon ten grand off to my Cayman Islands “MoreAltitude’s New Camera Fund” account (for those curious about making a donation, I’m looking for a Canon EOS 5D Mark III).  When we need to report back to our donors on how we spend our money, we can account for both the destination, and the process by which the destination was decided upon.  And that information is publicly available in annual reports that are produced and shared.

However there are times, caught up in the throes of this many-tentacled beast, where I feel more than a little crushed by what feel like trivialities, when I take a look at what I thought I was supposed to be doing with my career.  But no.  I’m just saving the world, one mouse-click at a time.

*In an interview for a promotion some time back, I was asked to discuss some of my weaknesses in relation to the role.  I honestly admited that administration was a challenge for me (something the senior managers interviewing me were already aware of).  One asked me, very seriously,

“But you do understand why administration is so important, don’t you?”

“Weeell,” I replied with a smirk, “In principle.”

Apparently I very nearly didn’t get the promotion. 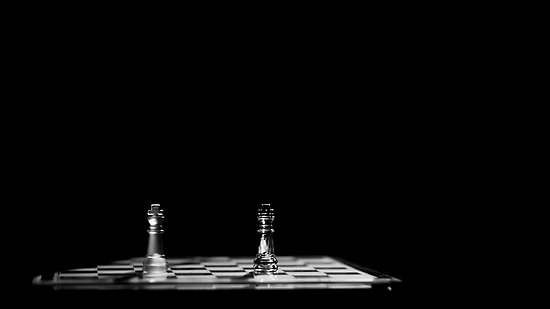