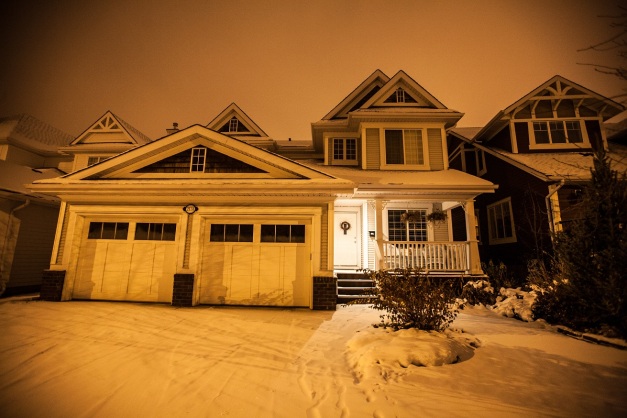 Most digital cameras these days have a ‘White Balance’ setting (usually indicated by a series of icons signifying sunlight, light-bulbs, strip-lights and so-forth). This can be set manually, left to the camera to determine automatically, or addressed in post-processing. The function is often used interchangeably with the term ‘colour temperature’ which may appear on some post-processing packages.

White balance is yet another aspect to photography that is important to understand, at least if you want to step away from using automatic settings all the time. It relates to the fact that different light-sources radiate electromagnetic energy (including that in the visible spectrum) at different ‘temperatures’- essentially, different portions of the electromagnetic spectrum that mean that different hues and casts are emphasized over others. The sun emits radiation at a colour temperature of around 5,800 degrees Kelvin (K), although the colour temperature of the sun will vary according to time of day, angle of the sun and cloud cover, for example. Incandescent light-bulbs emit around the 2,700K mark, fluorescent lights around 3,000K, and moonlight around 4,000K. The ‘cooler’ the colour temperature, the greater the yellow/orange casting. The ‘warmer’ the colour temperature, the greater the blue casting. This may feel a little topsy-turvey.

Our brains automatically correct (to a point) for variations in colour-temperature when we observe things. While a light-bulb may appear to cast a slightly yellowy feel over a room, on the whole our brains are able to correct for the cast that this places on objects, and we observe them in true colours relative to that light-source. A camera, however, has to be told what colour-temperature to scale its interpretation of colours to.

This means that shooting in broad daylight on a sunny day (colour temperature ~5,800K), if the camera is told that these are the conditions (or allowed to recognize them itself), it will ‘zero’ or ‘balance’ the white tones in that image to be perfectly white, and accordingly adjust all other colours in the image to enable them to be as true as possible.

However if that same camera is left assuming that it is still shooting under daylight conditions, but is moved indoors to shoot under an incandescent bulb (colour temperature ~2,700), it will mistakenly adjust the colours against an invalid starting point, and the resulting image will have a yellowy hue. All the colours will be cast in that yellow tone, but it will be most obvious on white objects, which will appear the ‘purest’ representation of that colour temperature.

Adjustments for this can be made in-camera, either manually selecting the appropriate white-balance function, or leaving the camera on auto-white-balance. Back in the days of film photography, when digital manipulation of this sort could not occur in-camera, this could be corrected to a point in development, but the surest way of dealing with it was to use filters or gels over the end of the lens to compensate for the differing light quality. For example, you could fit a tungsten filter onto your camera, and if you then shot under tungsten lights, the light hitting the film plate would be filtered such that it recorded white as true white, and the film would not be cast.

With post-processing software, adjusting for colour temperature is generally managed by use of a sliding scale (usually demarcated in degrees Kelvin), and by sliding the scale from left to right, the editor can compensate for any colour-temperature cast issues. The aim of this process (artistic vision notwithstanding) is to return the white values as close to a true visual white as possible. Once that’s been achieved, all other colours in the image should be more or less true as well.

From an artistic perspective, adjusting white-balance can be used to slightly ‘warm-up’ or ‘cool-down’ an image subtly, or to throw a bolder cast if desired. The most common use I’ve had for adjusting white-balance has been in underwater photography. Shooting underwater (the deeper, the more pronounced the effect) gives everything a heavy blue cast and overwhelms the natural (and beautiful) colours at the bottom of the ocean. It’s amazing what pulling the white-balance up to adjust for this actually does- even bringing out colours not visible to the naked eye down there.

The above two photos were taken a few hours apart. The first, at around midnight, as snow was falling on a Calgary suburb. The yellow-orange hue across the frame is a result of the camera thinking it is shooting in artificial light (automatically set at 3,550K), but in reality it is shooting in light cast by sodium street-lights (around 2,100K). Because of the light being reflected by the falling snow, the cast of the sodium light was pronounced across the frame. Note that the scene did not look like this to the naked eye- light was subdued, but snow looked white. But when I saw the effect of the light on the camera, I kept taking photos, and got a fun set of sodium-hued images of this suburb in the snow.

Its sister shot, underneath it, was shot the next morning. The camera adjusted for shooting in bright daylight conditions (~5,500K), and the whites returned almost perfectly white.

Note that in both shots, the true colour of the scene didn’t change. But in one, the camera interpreted the data based on an erroneous assumption, and adjusted the image accordingly.

Most of the time, with colour temperature/white balance set automatically by the camera, this isn’t something that casual photographers need to know much about. However, in those instances when the conditions exceed the automatic metering of the camera (e.g. dim/overwhelming artificial light, underwater, etc.) it can be helpful to understand how to solve the issue of unwanted warm or cool casts on the image.