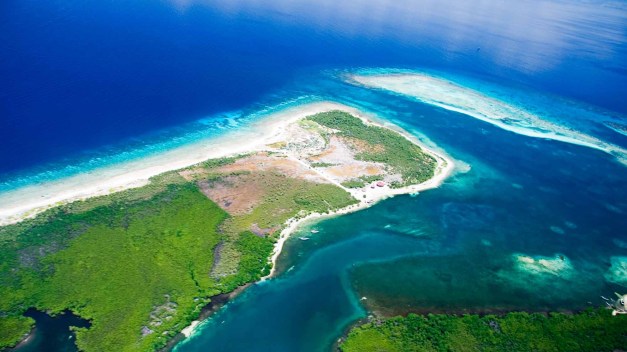 On a monitoring trip to Haiti in 2007, we visited the idyllic island of Gonave.  Haiti, it should be pointed out, is anything but idyllic.  Port-au+Prince, the capital, is one of the world’s most dangerous cities, with a violent gang culture, routine political and criminal violence, and a propensity to mob.  UN Peacekeepers patrol the streets in white open-backed trucks, and foreign visitors are advised not to walk the streets alone.  The risk of kidnapping and hostage-taking is high. 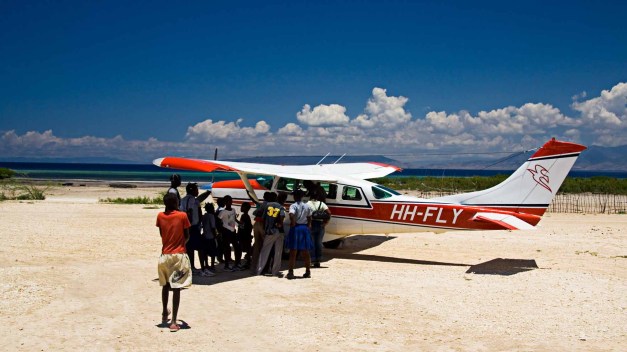 Haiti is the poorest country in the Western Hemisphere, with standards of living similar to those in much of sub-Saharan Africa.  It is vulnerable to hurricanes each year, and the combination of steep hills and widespread deforestation makes the rural population extremely vulnerable to landslides, and lowland areas to mudflows and flashfloods.  Thousands have died in the past decade.  The economy is fragile and food production systems are shaky.  One of the hardest-hit by the Global Food Crisis, 2008 saw widespread food rioting in many parts of the country. 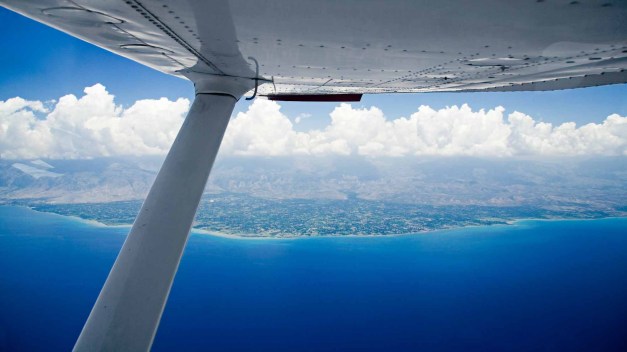 Ile de la Gonave is a few miles off the Haitian mainland, a small dot of  an island accessible by ferry or by small plane.  Home to some fifty thousand people, it has a steep spine built on a foundation of bleached coral edging that slips into a shallow aquamarine sea.  Open ground burns white beneath a tropical sun.  Palm trees and red-flowered Flamboyants grow from the shallow soil.  In the interior, tree cover is broken by steep terraced fields between small Latin American style villages and homesteads.  The pace of life is simple and quiet.  There are few vehicles, far more donkeys.  The roads- rocky coral paths rutted by tropical rains and unforgivingly hard against shot spring-leaf suspension- are the worst I’ve driven on, anywhere- and I’ve driven on some corkers.  But the place is safe, and the people smile, and Gonave couldn’t be further from the frenetic anger that simmers on the streets of Port-au-Prince. 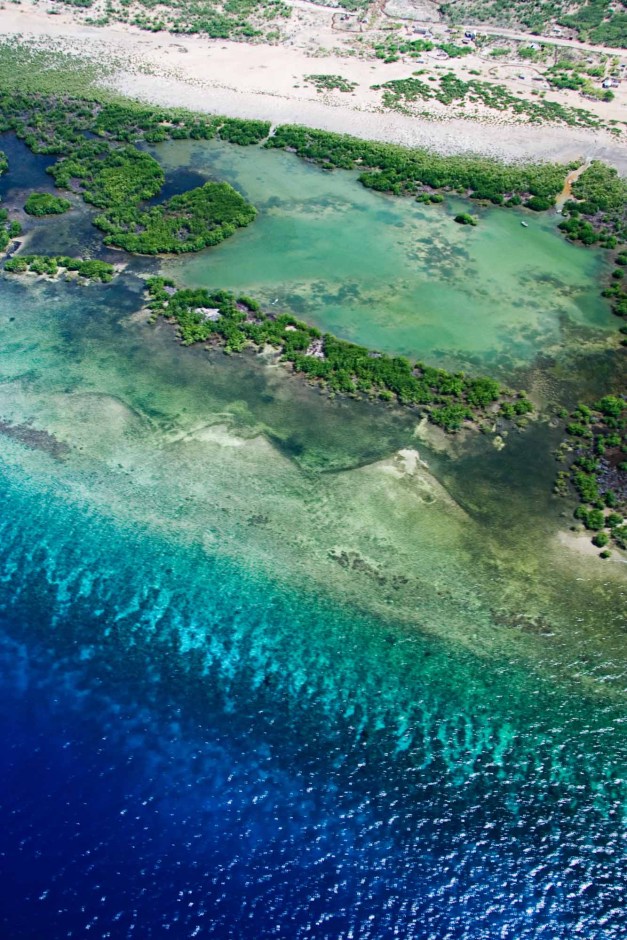 The views flying in and out of the island were magnificent.  Tropical afternoon sunlight made the sea shine beneath us, while we could see the island, its small towns, and the reef surrounding it, like we were looking down from space.  The little Cessna we flew in touched down on a strip of crushed coral a few yards off the beach, one of the more memorable flights I’ve taken- but then, flying in small aircraft is always fun because the views are so much clearer, the sense of being airborne so much more tangible. 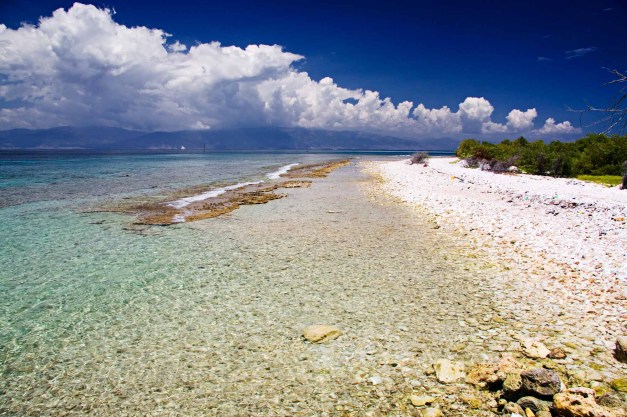 From the ground, the views were no less picturesque, and on our last afternoon on the island before flying back to Port-au-Prince (and a memorable tropical downpour that night), I took these pictures from the coral beaches, looking out over the sea I would shortly be cruising several thousand feet over. 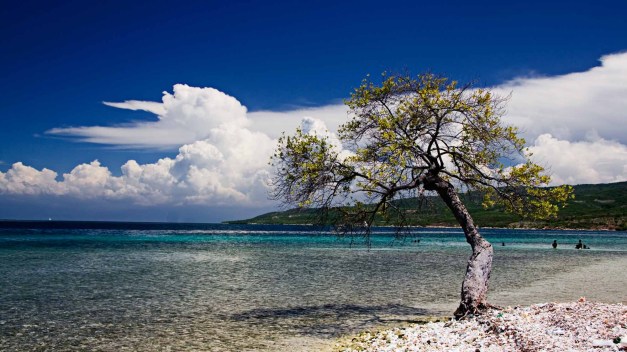