We call it the Milky Way.  I could go onto Wikipedia and pull up all sorts of random superfluous factlets about the Milky Way.  In fact, I would truly love to.  Not only am I a geek for random superfluous factlets, but I also get all kinds of excited about cosmology.  I love the sheer scale, the massive numbers involved, and the reminder that we are so little in the grand scheme of things.  It reminds me how big God is. 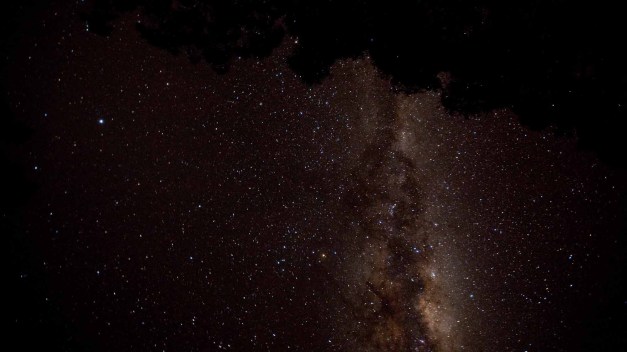 But, in short, the Earth, our home sweet home, is a speck of rock orbiting a smallish yellow star, one of billions upon billions of similar stars that make up a spiral galaxy.  This galaxy is itself one of billions more throughout our universe.  I’ll stop with the big numbers there.  I think most of us have already lost the plot.

A spiral galaxy- like ours- is basically made up of a cluster of stars (lots of them: see previous paragraph), with two arms reaching outwards in opposite directions and curving due to a spiralling motion.  Earth, being the infintessimal speck of dirt we inhabit, is situated far out on the edge of one of these arms, a loooong way from the bright core of our galaxy.  It’s a rather dim, rather cool place to be, which explains why any of us are alive today, and haven’t been zapped into a swirling mist of loosely disassociated molecules by staggering volumes of highly disruptive cosmic radiation.  When we look at the night sky, we’re inclined to think of ourselves as looking up at a field of black that is roughly evenly sprinkled with light, but in fact when we look a the Milky Way, what appears to us as a band of light running across our sky is in fact us looking down into the core of our own galaxy, I won’t even try and guess how many millions of light years away.

I’m getting excited already.  I can tell that some future post on this wall is going to be about the extreme bigness of space.  I apologise in advance.

I’ve done some starlight photography before.  I love it.  Star-trails especially are a lot of fun.  However when I snapped this series of shots, I had no idea that I would be getting the images I got- which I assumed were only possible using a Hubble-esque lens the size of an 18-wheeler, orbiting the earth at a cost of several million dollars and dozens of MIT physics degrees per day.  But no.  In fact the Canon EF 16-35mm f/2.8 L lens is also capable of capturing outer space.

[Pause for a moment’s appreciation of Canon lenses]

For those that simply like pretty pictures of stars, skip to the end now.  For those that have some interest in the ins and outs of photograpy, read on.

Stars move, just like the sun does.  That is, relative to us.  They stay relatively fixed in relation to one another (on any given evening), but appear to move en-masse across our sky.  I’ve already talked about the poles and axes of rotation in starlight photography here.

There are really two ways to photograph stars.  One is to leave the shutter open for a long time and capture the ‘star-trails’- the apparent motion of the stars as they move across the sky over a period of time, say, half an hour.  To do this you need to reduce the aperture and darken the lens (e.g. with a neutral density filter), because believe it or not even starlight is strong enough to burn out your shots if you overexpose them.  You also really need to be in a place with minimal light pollution, otherwise the light pollution will simply wash out your photo.

The other way is to try and snap the stars where they are.  This is tricky, as stars don’t give out much light (again note light pollution), especially relative to the sorts of lighting that normal cameras are calibrated to.  Therefore you still need to leave the shutter open for a little while- but as short a time as possible to avoid capturing the stars’ movement.  You’ll be amazed to see how far stars track in just two minutes.  In order to do this, you basically want your aperture as wide open as it will go and your ISO ramped to the max.  Oh, and your lens as zoomed-out as it will go.

I’ve talked about the glass acreage on the 16-35mm before, but even I was amazed at just how much light depth this baby sucks in.  Previous shots of this sort have been nice, but nothing more.  Coupled with the 5D’s rather nifty and relatively smooth high ISO performance, and I was able to get so much light onto the sensor that the shutter was only open for a minute or so each exposure, but I was not only seeing the Milky Way, but also the texturing of some of the features (nebulae perhaps?) out there as well.

I didn’t have a tripod, and I don’t believe there’s an ND400 filter fitted for the gargantuan 82mm ring of the 16-35.  I also don’t have a remote shutter-release switch for the 5D yet (pending, pending).  Therefore I had to hold the shutter open with my finger throughout the exposure, and stabilize the camera on its back on top of our rental car.  This didn’t lend itself to the sharpest shots.  It was also achingly cold outside.  And after fifteen minutes of repeating the same gesture at various time intervals (counted off in my head), my fingers and shoulder were starting to cramp from the exertion of balancing and squeezing.  However, in the end I got a couple of shots that I felt worked pretty well.  Had I actually had the right gear, I reckon these shots could have come out pretty sharp.

There’s still a little noise in the images as well.  The 5D is good.  One day, I hope to have my hands on a 5D Mark II, which I hear is astronomical.

The real star of the show, of course, was the night itself.  It was cold, crisp and clear.  The Porongorups are miles from anywhere, perched in an underpopulated rural corner of Western Australia, where nobody lives anyway.  Once I’d had the lights around our chalet turned off, it was breathtakingly dark.  The cool night air sucked all the haze and moisture from the sky, and it was like standing on the moon looking into darkest space- simply phenomenal.  I hope the next time I am in such a beautiful spot for staring into the soul of the universe, I’ll be a bit better equipped to capture it.  In the meantime, I still think these shots are alright. 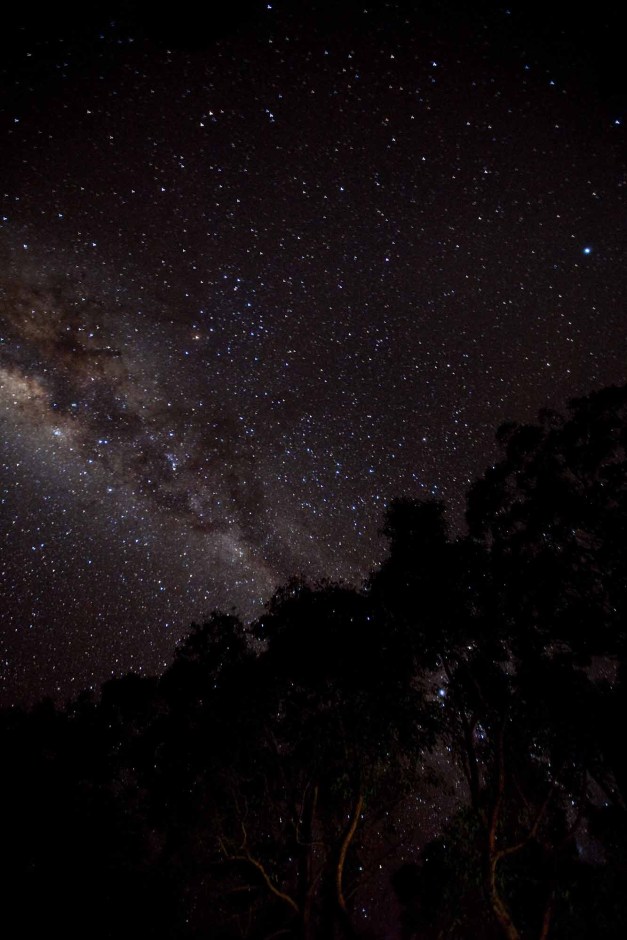