A Little Closer to Home 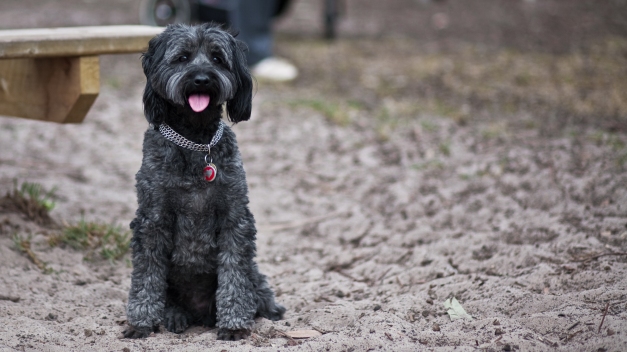 No, don’t worry, I haven’t run out of travel images to post.  Nor am I becoming one of those people who posts soppy pictures of their pets all over the web.  (Zac’s not even mine…  you think I can keep a dog with my lifestyle?  But he belongs to my folks, so he’s part of the family).

We’ve kept Tibetan Terriers for a good twenty years now.  First Toffee, when we lived in France, and now Zac and his little sidekick Zena.  I’ve been camping at my folks place looking for somewhere to live, and every now and then I take the dogs down to a nearby park where they can run, and play with other dogs too.  It’s a real joy to watch them tumbling around as a pack together, a big bundle of paws and tails and ears flailing in a big ball of dust.

(Incidentally, you can see how the drought’s really taking hold down here; where Zac’s perched is supposed to be grass, but now the whole place looks more like the back-lot to a beach).

From a photographic side, it’s been fun taking my 5D for a walk while I exercise the dogs.  I’ve been fitting my 85mm f/1.8 on the front and it’s an ideal focal-length to catch some of the canine chaos.  The shoots bring with them their own challenges.  The dogs are rarely still, and when they are, they’re rarely looking at the camera.  I open up the aperture as wide as it will go so I can ramp up the shutter-speed and freeze the action, but unless I absolutely nail the point of focus, their faces end up a little blurry. 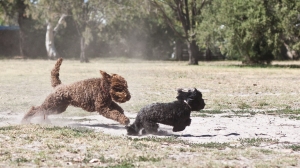 I caught the top one of Zac as he took a breather between romps.  It’s shot at f/1.8, hence the deeply blurred background.  It’s not a perfect shot (you’ll notice the bench growing out of the side of his head), but I like that his face is in focus, and he’s wearing a typically Zac expression, happy and content and just a little bit puffed.  You can see the gleam in his eyes.  Intelligent, and stubborn because of it, he’s affectionate and gentle, and frankly, we all love him to bits.

And just to make sure I haven’t alienated the rest of you who don’t like dogs, I promise to post something less pet-related very soon. 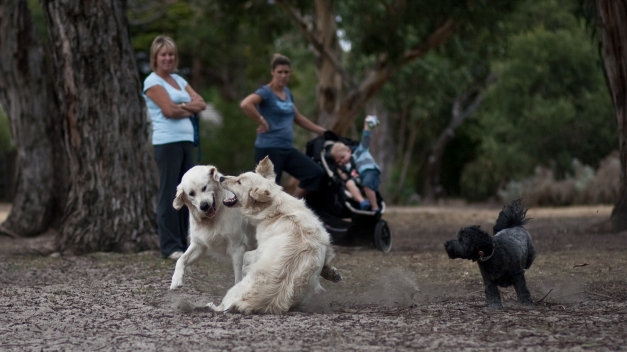 2. Playtime. Zac (l) and Zena chasing down a willing Staffie

3. The Chase. A Labradoodle (Labrador/Poodle cross) gives Zena a run for her money

4. Romp. A Retriever and a chocolate Labradoodle having a good time

5. Dogfight. Zac checks out the fun and games between a pair of young Retrievers

6. Show me the Love. A Cavelier King Charles Spaniel finds some affection

7. Thoughtful. Zac can be a sombre little bugger sometimes

4 comments on “A Little Closer to Home”